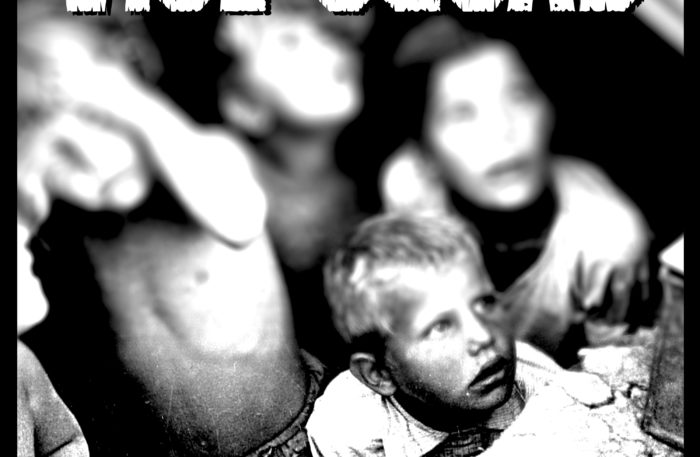 BORN IN A WAR CD EP

Making the video for ‘Born In A War’ was a completely DIY affair and a very cramped one too. Vice Squad Towers is understandably crammed full of musical equipment (no sofa or armchairs for us….) and space is very tight indeed…….so much so that Beki was filmed crammed between a[…]

April 2022 NEW CD EP and video – ‘Rooms at the Top’ – featuring 4 songs ‘Rooms at The top’ ‘Keyboard warriors of Genghis Khan’ ‘Voice Of the people 2022’ and ‘Scarred For Life (Reboot)’ . The first 200 copies come with special edition Vice Squad Champagne label sticker. This[…]

Today Friday 4th March we have released ‘Humane’ 3 song digital EP on Bandcamp to raise money for animal rescue groups in the Ukraine. CLICK HERE : https://vicesquad.bandcamp.com/album/humane-epBandcamp aren’t taking any fees on this day so please support our efforts in the knowledge that what you choose to pay will[…] 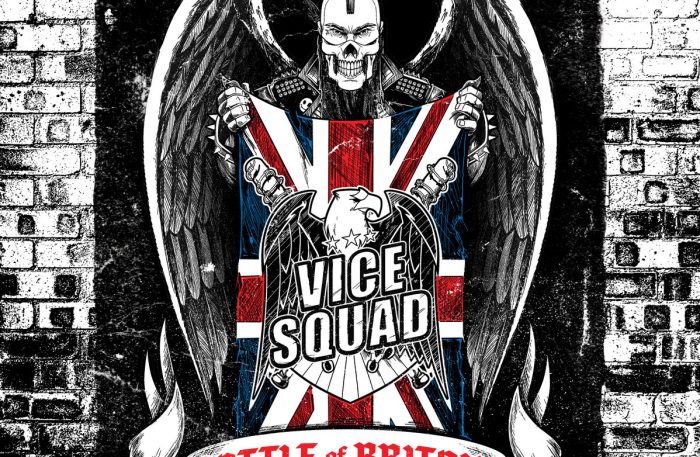 A Dog Is For Life remix

On Christmas Day we a released a brand new re-mix of ‘A Dog Is For Life’ as a digital download only. You can pay whatever you want for the song and at least 50% of money raised will go to animal rescue organisations. &amp;amp;lt;a href=”https://vicesquad.bandcamp.com/track/a-dog-is-for-life-xmas-2021-mix”&amp;amp;gt;A Dog Is For Life ([…]

New Road Crew CD EPs now available, limited to 400 copies only. It is the second of our lockdown tributes to Motorhead, we have created unique Acoustic Country Blues versions of more classic Motorhead songs as a companion to our previous Vice Of Spades EP. Just to make sure we don’t get too[…]

‘Battle of Britain’ review by Odymetal

We are talking about VICE SQUAD releasing their new album “Battle Of Britain”, composed, recorded and mixed by Beki and Paul Rooney, guitarist since 1997, in their personal studio. Beki Bond, the singer and guitarist has a distinct and slightly croaky voice which she can modulate on the various titles,[…]

The first rule of Punk is there are no rules and Vice Squad ably illustrate this with ‘Battle of Britain’. The 13 track album opens with the blistering ‘Ruination’ which cuts through the bullshit of small time promoters and blaggers with consummate swagger and melody while ‘I Dare To Breathe’[…]

Beki talks with writer Jennifer Upton about writing the song and making the video. Walk me through the genesis of how you develop new songs. Lyrics first? Music first? Does one person handle all the lyrics or it is collaborative with both words and music? Usually one of us comes[…]

’Sniffing Glue’ is the closest we’ve got to writing a love song and tells of taking speed and endeavouring to be ‘crusty’, which was considered to be very cool. I did actually wear a coke can ring on my finger but had no intention of getting married. Some of us[…]

‘Princess Paranoia’ is slightly self-mocking and explores a woman’s reaction to rejections both real and imagined and her increasing isolation and desire to avoid people. It’s not about Princess Diana, though of course as with all songs/lyrics it’s up to the listener to decide what it means to them. The[…]

We have just added the Mainstream Media EP to BandCamp our online digital store for rare and limited edition songs. Click player below and feel free to share the player and store link with friends. Of course you can purchase a copy, your support is very much appreciated. THANK YOU[…]

We have been asked by fans who do not own CD players or who wish to buy high quality downloads for us to make our latest EP’s available, so we have renewed our relationship with BandCamp and made the two current EP’s available with the option to donate to the[…]

I Dare To Breathe

WARNING: This video contains scenes of piano abuse. Filmed in Brixton the same day we made the ‘Iron Fist’ video we present for your delectation ‘Damage Case’ featuring a cast of the usual suspects including Big Bubba Lap-Cat and his lap steel. See if you can spot cameo appearances by[…]

You can’t out-Motorhead Motorhead so we knew we had to try a completely different style to the original recordings….

VICE SQUAD – BATTLE OF BRITAIN BY FUNGAL PUNK http://www.fungalpunknature.co.uk The art of perseverance is one of the few aspects of the human condition that I can genuinely applaud and encourage in others. It emanates a defiant passion, it exudes belief and it cultivates hope in many who are thinking[…]