1) What is your most favourite town or venue to play at?

Beki : It’s hard to say as the experience of playing an open air festival like Mighty Sounds in the Czech republic is completely different from playing The Key Club in Hollywood, which is itself quite different from playing a small pub like the George in Andover. We’ve had great gigs at all of these places and they have one thing in common: the audience was brilliant.

2) What would you say about the punk and skinhead scene today? Do you still get loads turn up to your shows or would you say it’s quietened down?

Beki : When we play in the USA we get loads turn up even on a Monday night in a small town. We don’t get so many in the UK but to be fair the UK is much smaller that the USA so there can’t be as many Punks and skins as there are across the pond. Thinking back to the early days it was always like this in the UK apart from weekend shows in places like London and Manchester. Having said that, those who are part of the scene today are very passionate and loyal and quality is more important than quantity!

3) What songs do you enjoy playing most?

Beki : I like playing ‘Sniffing Glue’, ‘Ordinary Girl’ and ‘Scarred for life’ at the moment, but I may have new favourites soon as I’m eager to get the new album ready and play songs from that.

4) Are you looking forward to playing at rebellion again this year?

Beki: Very much! We’re also doing an acoustic set this year which should be interesting as I don’t like acoustic guitars and tend to turn them into solid body guitars by filling them with concrete and putting some EMGs on them.

5) I’ve never been rebellion and I’m thinking of going this year. Do you think I’ll enjoy it?

Beki: You’ll love it, there are loads of bands, stalls and bars, so unless you don’t like music and booze you’ll have a great time.

6) What punk bands in particular did you highly rate in the early days, which you still highly rate today?

Beki: I liked the UK Subs and Discharge in the early days and still do. I still think Charlie Harper is a great songwriter and still think Little Bones is a seminal guitar player. I admire all the bands who have kept going rather than succumbing to normality, it’s a rough road which is why so many bands quit.

7) Are you working on any new material? And if so what can we expect?

Beki: We’re just finishing off the last two songs for the new album, we’ve recorded 23 and will pick the best for the album. I think we’ve surpassed what we did on ‘London Underground’ which was hard as I was very pleased with London Underground and worried that we wouldn’t be able to match it.I have reservations about some of the other albums we’ve released and always feel that we must make each album better than the previous one.

And the final question

What did you think when it was announced they were going to shut the 100 club?*

Beki: I wasn’t very surprised when I heard that it was closing as the Marquee in Wardour Street closed years ago and moved to Charing Cross Road, then it was turned into a pub. The Astoria was converted into flats, basically loads of venues are disappearing because there is so little money in music these days, yet all the expenses associated with running a venue (and a band for that matter) are very high. It’s all a great shame as music used to be one of our biggest exports and now we’re losing venues so the live scene is shrinking. In times of recession people really need to get out and enjoy live music so the whole thing sucks. 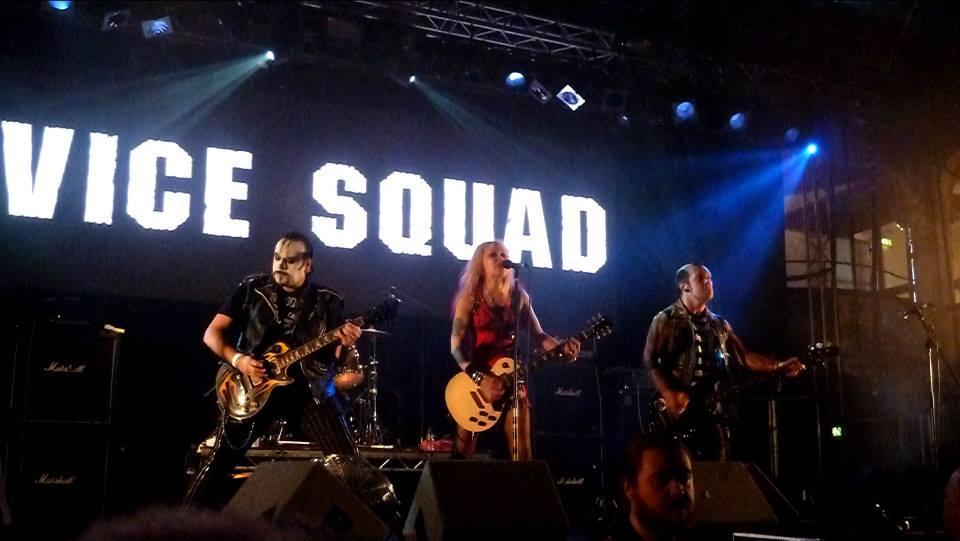