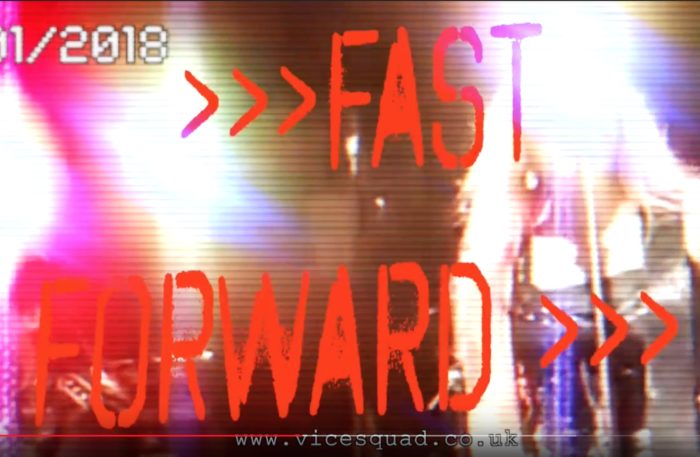 Whilst going through some old recordings we found this old gem, a re-mix of ‘Fast Forward’ which was deemed too weird for inclusion on the album ‘Defiant’. ‘Fast Forward’ was originally written by Beki in a 3 minute cooling off break after a big argument with Paul over another song they were recording at the time.  The album could be described as coming from a ‘difficult birth’ as although songwriting ideas came easily the recording process was not so smooth and involved lots of shouting, swearing and much stress (and that was just the backing vocals).

‘Defiant’ was eventually released on SOS records in the USA in 2007 and the band toured the states the same year to promote it. It was worth all the stress when having been morosely sitting in the van on their way to a record store signing and expecting a Spinal Tap moment the band received a phone call to say there was a line of kids snaking round several blocks waiting to get their Defiant CDs signed.