We are currently working on a very special project covering some songs originally written and performed by a legendary and very loud band. Even though we can’t play live the wheels of the Vice Squad transit van are still turning metaphorically!

All subscribers to our mailing list can get a free download of Adam Everard’s re-mix of ‘Karaoke Bar’ from our ‘Rich and Famous’ album. The song is a tongue-in-cheek nod to the genius of sadly deceased artistes and the joys of drunken singing. Adam did the re-mix many years ago and this crazy little oddity has lain dormant on our studio computer hard drive until we discovered it in January 2021.

In January we played a festival in Frome and in February we played gigs in York, Bathgate and Gateshead, then we had the first lockdown…..

In March we released the ‘When You Were Seventeen’ EP featuring the title track plus 3 songs originally recorded for ‘Battle of Britain’ which didn’t make it onto the album – ‘Barcode Babies’ ‘London Fog’ and ‘Beautiful Toy’.
We already had video of the band performing ‘Seventeen’ from the filming we did with Stuart Sterling back in September 2019 but we needed a young skinhead to play the central character in the song and Taylun Watts fitted the bill perfectly. Our drummer Ant filmed him in various locations and edited a video together.

In April Beki and Lumpy did the first of their live stream shows featuring band videos, music-related quizzes, dodgy psychiatry, live solvent drinking and general chaos. They also filmed an interview for the Vive Le Rock on line magazine show.

‘Battle of Britain’ was originally scheduled for release in May, as was a launch party gig in London but both were put back to October. Although we were disappointed that the release had been delayed we kept ourselves busy creating new music.

June saw the release of our first lockdown 4 track EP ‘Vice-O-Lation 1’. The sleeve featured a new logo drawn by Landon Armstrong. We made 3 videos for this EP, ‘Princess Paranoia’ ‘Sniffing Glue’ and ‘Antisocial Insecurity’. All of the videos were filmed in our front room and edited DIY style by Paul and Beki, except for ‘Princess Paranoia’, which was edited rather brilliantly by our drummer Ant and featured 1930s Jazz bands.

July was VERY hot but we kept on recording, filming and doing the ‘Beki and Lumpy Show’. We also made a half hour clip of a selection of our videos introduced by Beki for the Rebellion online festival.

‘Vice-O-Lation 2’ EP featuring ‘Water’. ‘West End Stars’ ‘Basement Life’ and ‘Spitfire’ was released in August and we accompanied the release with videos for ’Spitfire’ ‘Water’ and ‘West End Stars’, all of which were filmed at home and then edited by Ant.

In September we did more livestreams and finalised promo material for Cargo. We also wrote a piece about making the album and picked photos for the soon-to-be-released Battle of Britain box set booklet.

On October 16th ‘Battle of Britain’ was released through Cargo but the launch gig was again put back because of lockdown rules. We released the ‘Ruination’ video to help promote the album.

In November we were very chuffed to see good reviews for ‘Battle’ in the music press. We continued recording tracks for the third Vice-O-Lation EP.

In December we released ‘Vice-O-Lation 3’ featuring lockdown versions of ‘If I Knew What I Know Now’ ‘Ignored To Death’ ‘When You Were Seventeen’ and ‘Defiant’. Paul filmed Beki playing and singing ‘Seventeen’ and Ant edited in video of Taylun and created another mini-epic to accompany the song.

We decided to record a new version of ‘The Story Of My Life’ from the ‘Defiant’ album for Christmas release and embarked on a few fraught days recording and mixing followed by some guerrilla – style filming on Clapham Common and High Street for the video. The song was given as a free download to everyone who bought Vice-O-Lation 3.

Beki and Lumpy live streamed a Boxing Day show and showcased ‘The Story Of My Life’ video.

‘Battle of Britain’ was included in Vive Le Rock’s top fifty albums of 2020.

Ruination taken from the latest album Battle Of Britain 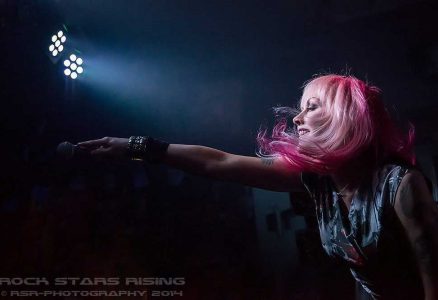